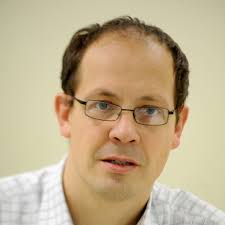 Follow his Twitter-account @vrdaam for regular updates on TV audiences for cycling.

Brussels hosted Le Grand Départ 2019 to commemorate the 50th anniversary of Merckx’s first Tour victory. The total costs for this tribute, including the €5 million hosting fee transferred to Tour organizer ASO, amount to €15 million at least, primarily financed through public funds. Money well spent, according to Brussels politicians, because of the phenomenal return the event delivers. To justify the large investment of public money they claim that (1) the Tour de France is the third best-watched sporting event in the world with 3,5 billion viewers in 190 countries (= media impact) and (2) in the long run, an investment of €1 earns a host region a return of €5 at least (= economic impact). Similar quotes were made by local organizers at previous Grand Départs as well, indicating that it is actually ASO who is forwarding the numbers. But how reliable are those claims really?

All three media impact claims are highly debatable to say the least. Officially, there are only 195 countries in the world. It seems therefore unlikely that the Tour de France is covered almost worldwide, including, for example, in small island states in the Pacific Ocean like Tuvalu or Vanuatu with no Tour participants and where the Tour action takes place deep in the night. What is really meant is therefore not countries, but territories or TV markets. Belgium and Switzerland, for example, are subdivided into multiple TV markets. Furthermore, the 190 territories are a theoretical maximum since it refers to the 190 markets where the Tour de France can be broadcast on a contractual basis. For example, although Eurosport and Eurosport Pacific possess the broadcasting rights for many countries, local interests and the global supply of sports events will determine whether or not the Tour de France will actually be broadcast.

Furthermore, it is unlikely that half of the world’s population is watching the race. The number of Tour de France viewers in the United States is 350.000 out of 327 million inhabitants (0,11%), in Russia it is 200.000 viewers out of 150 million inhabitants (0,13%). Cycling is, of course, not the most popular sport in the US and Russia. Still, in both countries there exists a genuine cycling interest, with US and Russian riders and teams participating in the Tour, and the majority of the population having easy access to TV and other media. Assuming hypothetically that the non-European worldwide TV interest in the Tour is at the same level as in those countries, the number of viewers would still only amount to 8,5 million at most (0,12% of 7 billion). But even 0,12% is unlikely in many countries with large populations. Why would someone in India (1,37 billion inhabitants) or Indonesia (0,27 billion inhabitants) watch a sports event long after midnight with no fellow countryman participating?

It should be pointed out as well that the claimed multibillion TV audience refers to cumulative figures for all 21 stages combined, counting the same viewers over and over again. Moreover, viewers for live broadcasts of the stages, for dedicated Tour programs such as Tour de France evening talkshows or summary broadcasts, and for regular news broadcasts, are all added in this cumulative number. TV ratings reports indicate that 60% of the presumed Tour TV audience are people that just happen to watch the daily news, many of them showing no cycling interest at all. Measured this way, an interested cycling fan is easily counted 3 to 5 times per day or, for all Tour de France stages combined, 60 to 100 times in total. The actual number of TV viewers for a live broadcast of a Tour de France stage should therefore be estimated at 20 to 25 million worldwide. Of course, because the viewers are not 100% identical every day, the total number of unique Tour de France viewers is larger. But even then we are talking about tens of millions of viewers, not hundreds of million, let alone billions.

It is therefore evident that the Tour de France can never be the third best-watched sport event in the world, behind the FIFA World Cup and the Olympic Summer Games. The 2019 Cricket World Cup was hardly watched in Europe, but has much higher viewing figures than the Tour in densely populated Asian countries like Pakistan and India. The SuperBowl, the Champions League, the European Football Championship, the Olympic Winter Games and the Rugby World Cup are some other sports competitions that, when accurately compared, are viewed much better than the Tour de France.

The economic impact claim is doubtful as well. Previous Grand Départs in Yorkshire (2014), Utrecht (2015) and Düsseldorf (2017) are rumoured to have generated €134, €25 and €64 million of economic impact, respectively. For Brussels, an economic impact of roughly €50 million is predicted. But if the long run return on investment would really equal factor 5 or more, than the €5 million hosting fee is such a great bargain that every major European region and city should be cueing in line for the organisation of a Grand Départ. After all, what investments still yield such a return today?

Already in 2005, Belgian sports economist Stefan Kesenne published an academic paper in which he convincingly demonstrated that economic impact studies do not yield any valid arguments for a government to subsidize an event. Only a cost-benefit analysis can provide the necessary information (https://www.tandfonline.com/doi/abs/10.1080/16184740500188789). One of the issues with economic impact studies is that they rarely take the so-called external effects into account. For example, the city of Brussels will miss out on parking income from inaccessible parking spaces during the event and Brussels residents will temporarily change their spending because of the higher prices or because the crowdy streets prevent them from consuming. Some might even leave the city to avoid the crowds and spend their money elsewhere. The same principle applies to foreign visitors. The Brussels hotel occupancy for the Grand Départ weekend is up 5 to 10 percent compared with previous years, a few thousand extra beds. But the Tour organisation itself (ASO personnel, officials, press, Tour caravan, and so on) already counts over 4.000 persons. The expected extra foreign tourists and Tour followers therefore in part replace city trippers and other visitors who avoid Brussels precisely because of the event. An independent academic study found that the economic impact for the Brussels region falls well below €20 million if such external effects are brought into the equation.

The assumption that economic impact equals extra economic activity or added value is another common misunderstanding: it is not. Often, part of the economic impact is just a shift in economic activity. The city of Brussels can no longer invest the money spent on the Tour on potentially more worthwhile alternatives. The Grand Départ thus comes at the expense of investments in, for example, education or bike lanes. This is even clearer for the €5 million hosting fee that flows straight into a French bank account without realising any of the added value that would be generated if the same amount of money had been invested directly into the Brussels economy. Economists call this the opportunity cost of making a choice, an essential element in any decision on how to spend resources. This also applies to the expenses by Belgian Tour de France visitors. The money spent in a Brussels restaurant on a soft drink can no longer be used for buying an ice cream at the seaside. The anticipated hundreds of thousands of Belgian visitors in Brussels simply shift their expenses in Belgium from one place to another. Since the bars and restaurants in Brussels win what their colleagues in other Belgian cities lose, for the Belgian economy as a whole there is no added value or extra economic activity. Economic impact studies, however, seldom take into account such displacement effects.

Impact studies generally overrate the long-term tourist impact of a sports events as well. As a start, the tourist impact resulting from the actual event is usually not isolated from factors that also make a city more attractive overtime but that are unrelated to the event, e.g. the opening of a new museum. Second, the international memory effect of organizing a sports event like Le Grand Départ is greatly overrated. Just four years ago, a Dutch city hosted the Tour de France start. Not many people will remember its name though, let alone still plan to visit the city because of that event. Most likely the people that do remember will either be locals or Dutch citizens, not the target group of such large investment in an international sports event.

From an economic point of view, it is unlikely the €15 million investment will ever be recovered in full. But even a negative financial result does not necessarily imply the Brussels Grand Départ was a bad idea. The commemoration of the 1969 Tour de France victory of Eddy Merckx was at the same time a tribute to cycling in a country where the sport is deeply rooted into the DNA of its citizens. The festive atmosphere surrounding mega sports events also temporarily increases the well-being of the local population and gives the sport an extra boost, especially among young people. It is about memories as well. For the thousands of people present in Brussels, souvenirs that will last a lifetime were created. This long term legacy and the immaterial impact of the event cannot be quantified in monetary terms, but should be taken into account as well when evaluating Merckx’s expensive birthday gift.

It is a shame that politicians feel the need to hide behind unrealistic media and economic impact figures to justify the use of public funds for Le Grand Départ while, especially in Belgium, other much more valid arguments are available. Most of the Belgian press did not want to spoil the party and there was little room for tricky questions. So different to what happened in Denmark. Already two years before Le Grand Départ in Copenhagen in 2021, critical factchecking articles appeared about hugely overrated impact figures that were quoted by, amongst others, the Minister of Sports. Danish organizers of Le Grand Départ subsequently acknowledged something went wrong with the communication. They apologized for the mistake and announced they would no longer use such questionable impact numbers (https://politiken.dk/sport/cykling/art7278087/Den-danske-Tour-de-France-start-i-2021-er-blevet-groft-oversolgt).